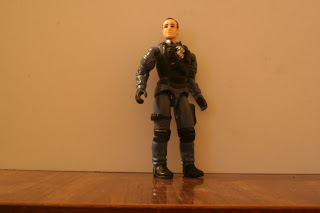 Some of David Lane’s earliest childhood memories are of dressing up as a German soldier and giving straight-arm salutes. Lane later came to believe in government coverups and a Jewish conspiracy to exterminate the white race. These beliefs led him to farright groups like Aryan Nations, White Aryan Resistance and David Duke’s Knights of the Ku Klux Klan. But it was his role as a founding member of the terrorist organization The Order that won him notoriety — as well as prison sentences totaling 190 years on racketeering charges and civil rights violations, the latter stemming from the 1984 murder of Denver talk radio host Alan Berg. Since being convicted and imprisoned, Lane, like other members of The Order, has continued to promote his racist and anti-Semitic views. Along with his wife Katja, he formed 14 Word Press to distribute his writings and related paraphernalia. In October 2001, Katja announced that Steve Weigand, a New Jerseybased distributor of hate music, would take over day-to-day operations of the press. Although Lane recently announced his “retirement,” he remains an influential and respected voice in the far-right movement.
Posted by Johnny Turk at 8:37 PM 2 comments: