G.I. Joe is pretty patriotic, he fights for Freedom over Land and Air. Fuck the sea because that touches international waters, which also touches China. Fuck Communism (please continue to make our toys and cheap socks!). Outside of hating marine life, G.I. Joe displays it's patriotism quite proudly.

He loves America, more than he loves the fact he knows what an Ottoman is. I don't know what an Ottoman is, but that's because all my furniture is made out of cinderblocks, ply wood and cable spools. Fuck you Gung Ho, get a real name rather than some mumbo jumbo in a made up language known as "French"

But it's not just humans that love America, killing machines also love America. Here is Fort America or as Steam Roller calls it "Old Gory"

Nothing is more fitting to be named after America than a Tank that turns into a slum.

Print out and give out for Halloween! 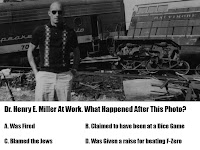 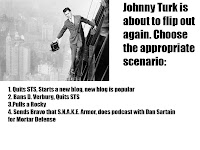 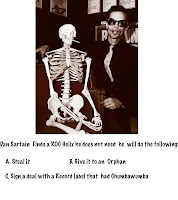 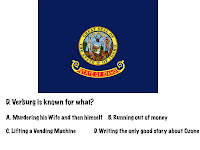 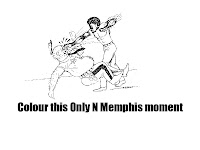 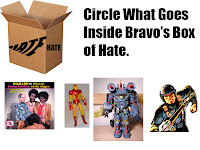 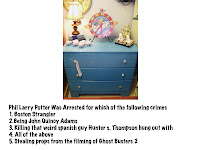 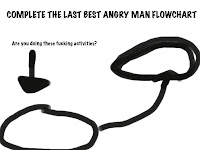 Labels: I am drunk, I don't know the other Broca Blutch guyz, Only N Memphis, Stu Wilson

Our good friend Fireflyed has a chance to win a contest. VOTE, it's a #1 good guy thing to do.
Posted by Johnny Turk at 4:17 PM 1 comment:

It's well established by this point...

How do I know this? Well I've discussed G.I. Joe with jerks for a long time, and I've gotten to be quite good at determining "Creeps" and Non-Creeps". Basically there's people who live in the real world and don't think about G.I. Joe all the fucking time, and there are people who make naked customs of strippers. Here's a look at TOTALLY real and true Hisstank.com (a den of scum and depraved individuals) Member Groups.

Its always 4:20 somewhere
This is for all the fellow Tankers that like to participate in a little extra curricular activity.


Yeah, maybe you should participate in exercise!

Hisstank Women
Theres not too many of us but somebody said something about making a group so here we go! Lets prove the girl joe-fans exist!

There's not too many thin ones either!

Well if one group commits a mass suicide, I hope it's this one!

Bigfoot Enthusiasts
For all those who believe in the legendary creature. (Alien Enthusiasts also welcome)

Livin' the Dream
If you didn't just play with the toys... but signed the dotted line and lived the dream. (active duty or veteran) Make yourself heard hear.

Yeah man, that Skystriker sure made me want to join the fuckin' airforce. God damn separate reality from fiction!

Collecting Cops
Just a collector group for me and my fellow brothers in blue. Unless I'm the only one in the US and Canada who collects.

I wonder if this group beats up the minority collector groups!

Man Resolute wasn't very good but god damn did a lot of people have something invested in it or something. Maybe it was the Sambo Roadblock or something.

K.A.I.J.
K.A.I.J. (pronounced cage): Kids Are Into Joes The only Hisstank.com group that is exclusively for kids! Want to join? Send me (warrant officer flint) a private message if you are between the ages of 1 and 16 and I'll send you an invite! Current Member: 5

The Resistance
The truth, thoughts, and conspiracies about today's issues.

Tinfoil hat group #2: This time about Obama being born in Africa!

That really made me laugh.
Posted by Johnny Turk at 5:45 PM 1 comment: 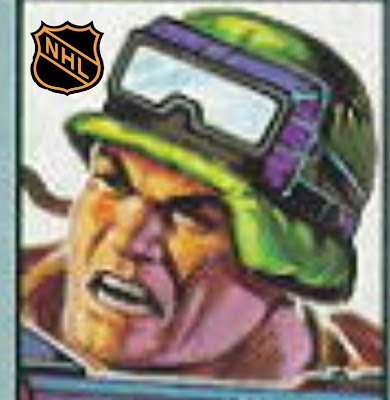 THE BOSTON BROWNS ARE A BUNCH OF JERK OFF JERKS
Posted by Dr. Henry E. Miller at 11:53 AM 2 comments:

Beer plus G.I. Joe (and maybe Broca Blutch but fuck those happy popular jerks) = this 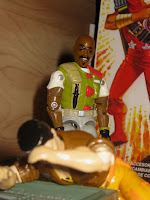 Roadblock: Grunt, what the fuck. We had Cobra lined up like a duck.
Grunt: LISTEN UP ROADCOKE WHERE IS TRIPWIRE 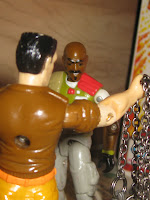 Grunt: I FOUND THIS IN HIS PLACE OF RESIDENCE. DO YOU KNOW WHAT THIS MEANS?
Roadblock: He found that chains are the way to gain?
Grunt: JESUS SHUT UP!


Grunt: OH GOD TRIPWIRE THIS IS WORSE THAN BECOMING A PORNOGRAPHIC MOVIE ACTOR, YOU ARE NOW IN TIGER FORCE. BOMB SQUAD NEEDS YOU

Tripwire: Where are the Orientals

Grunt: WHERE IS THE PURPLE OUTFIT. FIRST I DON'T GET TO MACY'S BECAUSE OF A BALD MAN AND NOW MY BEST FRIEND IS A MEMBER OF HISSTANK.COM

Other uses for G.I. Joe figures

In 1984 I mailed a letter to Hasbro, I would scan it but ya know, I mailed it to Hasbro. I didn't make a rough copy, I was a kid. However I do remember what it said: "Dear Hasbro; I like G.I. Joe toys but sometimes all this army stuff isn't what I want to do, it could brainwash me into becoming a bullet catcher. I do not want to die man"

Here is what I received in return. It's been framed ever since I received it so no scans.

"Tired of playing army? Well fuck you kid this ain't a love-in. God damn Canadians. Anyways, we here at Hasbro have been prepared for this because there's a strong opposition to Reagan's America, you fucking liberal panty-wastes. Hheres(sic) our suggestions:

p.s. Next Year you can buy an Aircraft carrier, tell your parents"

I don't know why Hasbro gave me suggestions with such adult situations, all I know is I've never been able to look at Ace v1 since that cold October morning
Posted by Johnny Turk at 5:42 PM 5 comments: