Yeah, that's part of what bothers me: the horseshit. You want a nude toy? Well, that's just dicked up, so don't try to tell me you're anything other than a perverted deviant. Toys aren't art, they're a mass-produced consumer good, and you ain't no artist. A nekkid toy, complete with ugly twat, has only one purpose, and it has nothing to do with art. There's an implication inherent in turning a kid's toy into a piece of porn. It means you're a weirdo who has sexualized toys/geek pop culture. It means the thought of a toy with a cunt turns you on. That, by extension, means you connect sex with childhood/childish things. Newsflash, asshole, there's a strong chance you might be an active or a latent pedophile, and that's the bit that really bothers me. I don't cotton to that shit.

Felonious Monk
Posted by Johnny Turk at 8:53 AM 6 comments:

Labels: gangland killings, I used to think G.I. Joe fans were normal white guys like me until I saw pictures of them and realized they were freaks of nature, nerds losing money

(Smash The State eats itself) 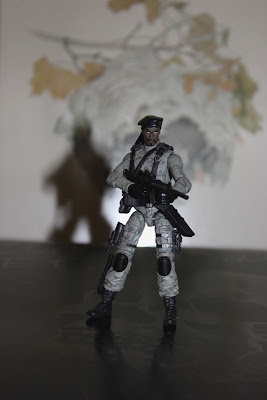 G.I. Joe is a pretty retarded thing, that really should've been dead and buried for 10 years at this point, however that is not the case, and we've been subject to A LOT of terrible things, such as everything from 2002-2006, that gay movie, Resolute, and a lot of other things I never actually paid attention to.

Occasionally however there is a G.I. Joe that still has THE STUFF. Today, Smash The State is going to discuss the most recent G.I. Joe that has THE STUFF, don't expect a lot of knowledge or wittiness because fuck you we don't care, and the best reviewer of G.I. Joe toys Last Best Angry Man is too busy driving his new car in the Alkali Flats

2011 Stalker is a rad as fuck figure, he doesn't look like a fucking cartoon, doesn't have bright colours, has a machete and above all else looks like a member of the Black Panther Party, I haven't seen anyone mention that, but it's probably because most white bread honky fuckers into G.I. Joe are thinking "Stalker is Snake Eyes and Tommy's best friend, he didn't kill cops or sell drugs in the 70's"

So basically buy this figure, it's a true throw back to the days of G.I. Joe being President Reagan's official gang, full of people from Ohio or high school dropouts (they're the same thing amirite)
Posted by Johnny Turk at 5:17 PM 3 comments:

Labels: a picture of a pimp, JOEY CRABB, Remember when STS did surreal shit?, Salvation Road, Texas Serenade, Why is Toronto good at hockey all of a sudden?
Newer Posts Older Posts Home
Subscribe to: Posts (Atom)